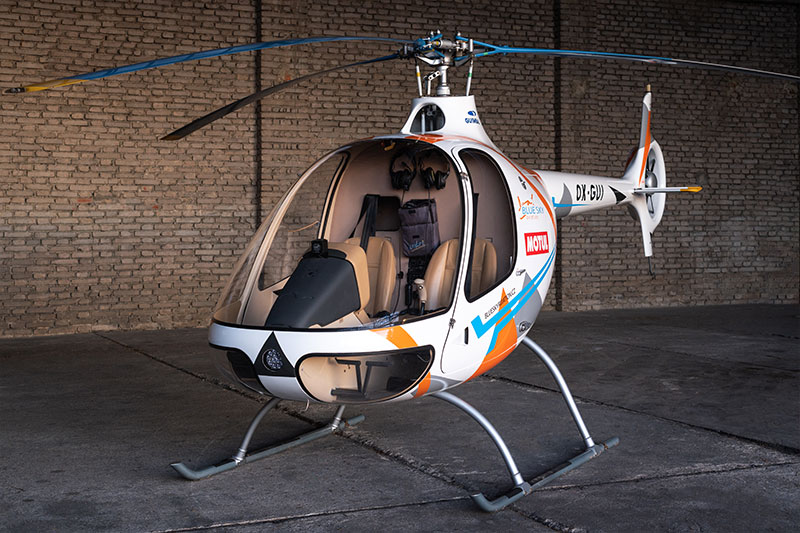 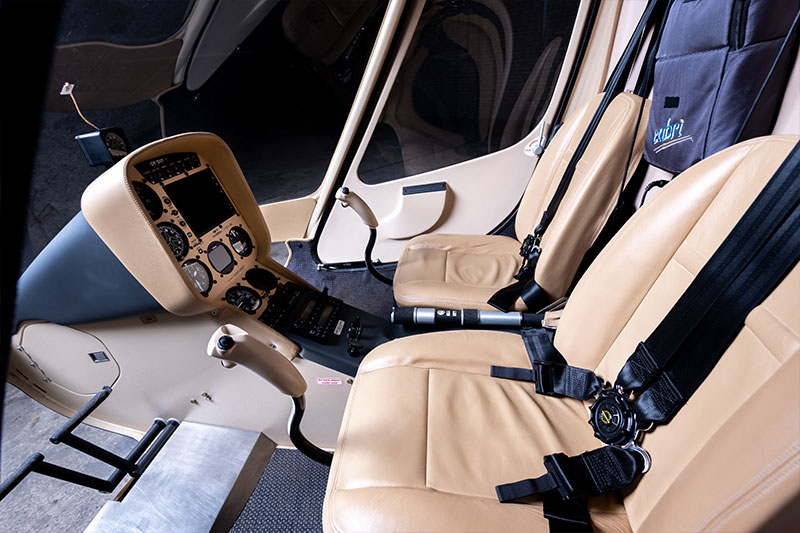 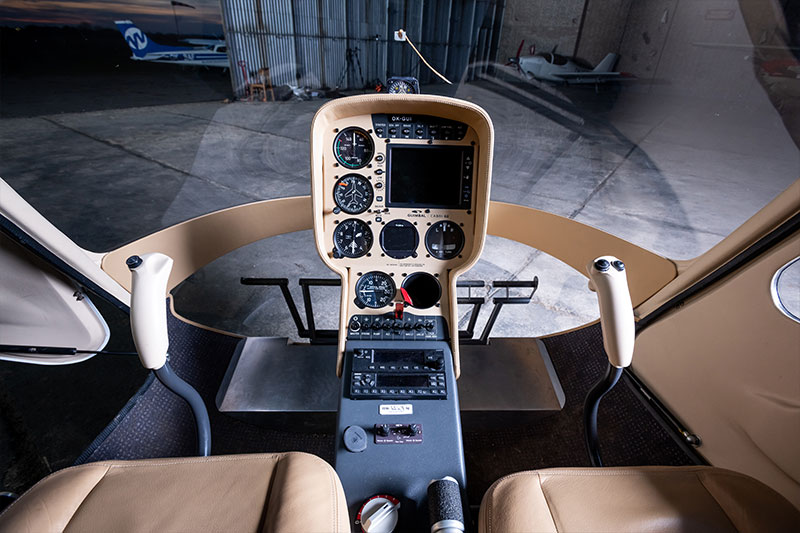 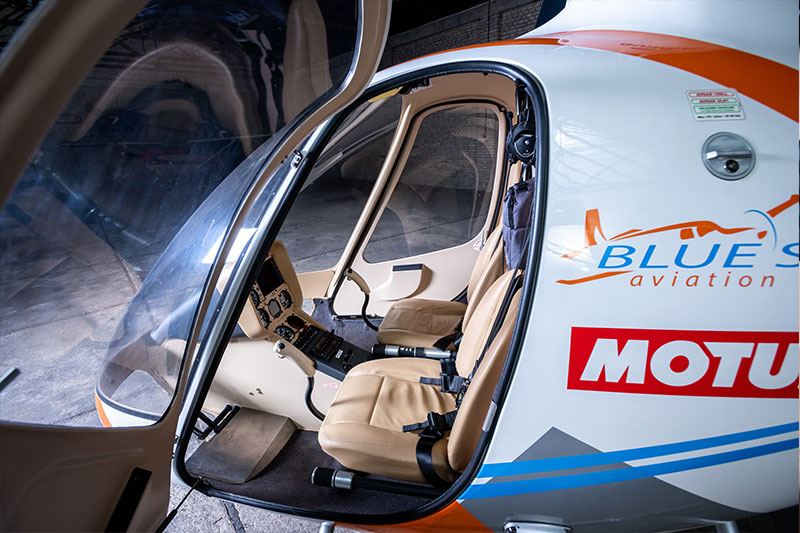 The Guibal G2 helicopter called Cabri is one of the most safe and modern helicopter in its class.

Cabri has been designed by former engineer of Eurocopter ( Airbus Helicopter ) Mr. Bruno Guimbal with emphasis for safety a modernity. Very often its called „Baby Eurocopter“.

Cabri has been designed and constructed in the 21. century and you can see it in every detail as other training helicopters are dozens years old in design phylosophy. From cockpit struckture to rotor system everywhere is used state-of-the-art carbon fibre which is light and super strong. Cabri is fully EASA certified helicopter. The quality of construction is second to none which is due to long tradition of construction aviation products in France.

For longer journeys you can use baggage area located just behind pilot cabin. In the cockpit you can find state-of-the art glass cockpit technology with very easy to use digital engine power indicator. The pilot cabin is constructed with safety in mind and is made from the carbon fibre materials which is super strong and low weight. The pilot seats are positioned on special hydraulical jacks and they are able to provide safety in case of crash landing up to 2000 fpm/vertical speed. Up to this speed there should be no fatal injury for the crew.

The three-bladed rotor system with carbon fibre blades provides safety in all flight regimes and minimum amount of vibrations. Tail rotor is fenestron type. Landing skids landing gear is effective in every possible terrain. The crew of Cabri could be two pilots or one pilot and one passenger.

Cabri is having proven 180 HP engine Lycoming 0-360, which has been derated to 145 horsepowers for maximum continous power which is always available. The engine power is directed to the rotor system trough main gearbox assembly. The Cabri can fly up to 180 km/h airspeed with over 600 km range.